An individual person who has donated significant money/time/resources to achieve systems change.

In recognition of your commitment to education and supporting civil society to build institutional capacity and systems change. 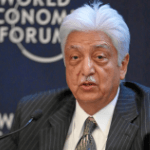 As the first Indian to sign the Giving Pledge in 2013, Azim Premji is devoted to donating most of his wealth to addressing social and economic inequalities. In April 2020, his Azim Premji Foundation pledged $134 million to provide aid for those affected by the COVID-19 pandemic. His total giving is estimated at $21B. Additionally, he sets an example for other philanthropists to build organisational capacities in leadership, fundraising and non-service delivery models that focus on self-sufficiency.

Azim has embraced a systems mindset, contributing to systems change itself as a philanthropist. Through the Azim Premji Foundation and Azim Premji Trust, he works in true partnership with social entrepreneurs aiming to reduce vulnerabilities and inequalities, primarily through education. He supports evolving paths to systems change, providing core support with no strings attached. Starting with a $2.2B donation towards education in India in 2010, he has subsequently pledged 34% of his Wipro stock to his foundation, currently valued at about $7.5B.

He was prepared for long-term engagement, showing willingness to build organisational capacity to create a business model, be self-sufficient and build a diverse funding base. He has collaborated with other stakeholders/funders to facilitate networks built by systems change leaders, providing general operating support in areas such as HR, leadership and fundraising.

Recognising his commitment to systems change, we are proud to present Azim Premji with the Catalyst 2030 Award.

In recognition of your generous support and commitment to social change. 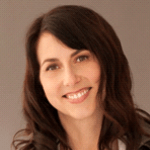 MacKenzie Scott is an American novelist and philanthropist. As of 30 December 2020, she has a net worth of US$59.8 billion, making her the second wealthiest woman in the world and the 18th wealthiest individual overall. She is a signatory to the Giving Pledge, a commitment to give at least half of her wealth to charity. In 2020, she donated close to US$6 billion in charitable gifts, one of the largest annual distributions by an individual to charities.

MacKenzie has supported evolving paths to systems change, providing flexible funding and core support with no strings attached. During 2020, she provided over $4.1 billion in no-strings financial support to over 341 organisations. She supported hundreds of organisations that usually have a difficult time accessing traditional foundation support.

She worked in true partnership, undertaking careful selection and scaling of high-impact social enterprises with advice from knowledge experts and then streamlining application/proposal and reporting requests to minimise burdens on social entrepreneurs. She embraced a systems mindset, supporting bottom-up collaboration rather than philanthropist-initiated collaboration – trusting the organisations to steward the resources received.

In her philanthropic work, MacKenzie has collaborated with other stakeholders/funders to facilitate networks built by systems change leaders and prepared for long-term engagement by providing flexible funding for transformative change during a time of intense need.

Her public visibility and membership to the Giving Pledge means that her approach will impact her peers. Recognising her immense collaborative impact as an individual philanthropist, we are happy to confer the Catalyst 2030 Award on MacKenzie Scott. 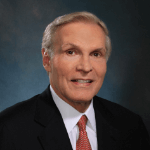 As the World Health Organization Ambassador for Global Strategy, Raymond G. Chambers is investing in the health sector while mentoring and revitalising his home city of Newark, New Jersey. According to the New York Times, his total sum of donations is estimated at $50 million. Raymond Chambers sets an example for philanthropists due to his generous spirit and humble attitude. 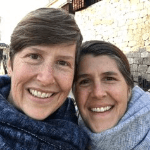 Mary Ellen and Libby Cunningham have provided unrestricted support by encouraging investments in future-relevant projects. They go beyond funding in seeking to learn not only about the organisations they support but also the people and communities in the places in which they work. Both sisters are inspiring role models for donors as they emphasize investing in sustainability, whether it is in terms of programming or operations.

“It is truly humbling to be nominated for this award by Tostan International and recognized by the Catalyst 2030 collaborative. While it is an honor to have our philanthropic efforts celebrated, the real honor is the opportunity we have to partner in authentic ways with organizations, like Tostan, PEPS (Program for Early Parent Support), and ZanaAfrica, that are working towards true systems change, and that share our values of sustainability, equity, and justice. It is a privilege to be the “wind at their backs,” honoring and supporting the wisdom, expertise, and lived experience of those closest to and most impacted by the work.” – Libby and Mary Ellen Cunningham 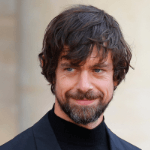 Jack Dorsey has donated to various projects and organisations over the last five years – from funding 600 Missouri public school projects in 2016 to donating $24 million to more than 40 different grantees to relief programmes related to the coronavirus in 2020. He also donated $10 million to Boston University’s Center for Antiracist Research, founded by Ibram X. Kendi. He sets a great example for philanthropists to commit to funding COVID-19 relief, girls’ education and health and universal basic income. 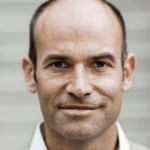 Daniel Sachs is committed to building vibrant and inclusive democracies by promoting bottom-up systemic change through the Daniel Sachs Foundation. By investing in the renewal of public leadership, he is driving forward the SDGs at scale, emphasising collaboration and institutional innovation. Sachs is also a global board member of the Open Society Foundations, the world’s largest private funder of independent groups working for democratic and human rights.

“I am deeply honored to be recoqnized for our work in promoting vibrant and inclusive democracies. Investing in transformational public leadership is the key to drive systemic change in accordance with the SDGs. I call on leaders everywhere to join us in pivoting the global upsurge in social engagement among today’s young generation to revitalize our democratic institutions.” – Daniel Sachs 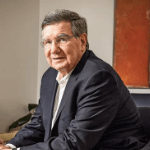 José Luiz Egydio Setúbal is investing in improving the health and quality of life of Brazilian children. He is interested in new innovations by supporting the work of social entrepreneurs to make projects succeed. José Luiz acknowledges failures as part of the process and makes adjustments together with the people with whom he works. He is not afraid to take risks for a good cause and he provides long-term funds. 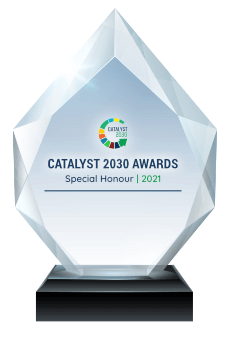